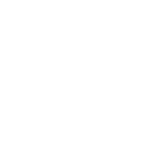 The area includes the topics of the rule of law, public security and the media and freedom of expression.

In the Rule of law, the design and strength of the institutional architecture and the compliance with the legal framework by the State bodies are taken into consideration. Here issues such as democracy, its rules and forms of operation, the freedom that may or may not be exercised in electoral processes, accountability and the effectiveness of checks and balances system in a modern democracy are touched upon. The breadth and depth of civil liberties, respect for human rights and federalism, both political and fiscal, are also discussed in depth. We want to know what the rules of the game of coexistence between different members of society, between rulers and ruled, are and how they are followed. Finally, it is a matter of interest to study the mechanisms of governments to exercise power through extralegal actions such as intimidation and the effects on privacy and the mechanisms that society has to establish limits to power.

Regarding public security, issues related to violence, crime and institutional development of police and law enforcement bodies will be addressed. In this section, the police corporations in the three levels of government, especially the National Guard, are considered, as well as their effectiveness in controlling violence, delinquency and criminality. Organized crime, and the fight against its operation, will also be considered.

Therefore, conceptualizing crime in Mexico and designing a reference framework that allows sensitizing the population to the scale of the problem is part of the commitment assumed by Signos Vitales. For that matter, the perception of violence is also an important variable.

In this area, as in the others, the aim is to make visible issues that, despite their gravity, are not the object of study or public policy. It is recognized that the visibility of violence against women, journalists and domestic violence have led to changes in public policy to be handled in an effective and transparent way. Finally, a common place between the rule of law and public security will be to observe the actions of the National Guard in their work as police.

The last topic in this area is about freedom of speech and the relationship between the government and the media. An area of particular concern is violence against journalists, public financing of media and communication companies, and the behavior of social media in their actions to expand or reduce freedom of speech and the dissemination of news and a reliable and true analysis. Issues of interest are the plurality, diversity and the market concentration on the media.

The changes in the forms of communication in recent years require Signos Vitales to rethink the way in which an issue as vital as the harassment and attacks on journalists on social media can be voiced, in addition to the forms already known.

In the course to a MEXICAN militarism

A self-inflicted injury to the State

The fight for budgetary power

An operation with a machete instead of a scalpel

THE CONTROL OVER THE PUBLIC EXPRESSION